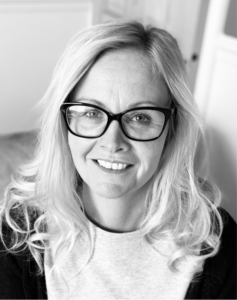 “I juggled all the balls and wore every hat for over a decade. I’ve learnt business the hard way. You don’t have too!”

After the loss of Juliette’s Grandfather followed the sudden death of her father plummeting Juliette unexpectedly into the world of business at the tender age of 25. Juliette struggled to overcome this whilst also trying to bring up a young family.

After burying her head in the sand for six months the business started to rapidly decline, Juliette realised that she had to take action quickly and turn the situation around. Not really knowing anything about the Lithographic printing other, than it was fast becoming a dying trade Juliette turned her attention to bringing the company into the 21st Century.

Through Juliette’s determination, positivity and dedication to the legacy of her family, the company grew and diversified over the years and became one of the top Sales, Advertising & Design agencies of its kind. In 2014 Juliette decided that she had achieved what she set out to do and sold the company to pursue her childhood dream of creating a handbag brand from designs that she had drawn at school.

In 2015 Juben was launched. My passion for helping the UK economy meant that all materials for the brand were sourced and manufactured solely in the UK using local companies. I structured this business from the offset to achieve global sales within the first 12 months of trading. The collections have been seen on catwalks, stocked in high-end boutiques, as well as being worn by celebrities at red carpet events.

Juliette now dedicates her time to helping a plethora of business owners and entrepreneurs achieve their dreams and become the best version of themselves.

Why not get in touch with Juliette? You’ve got nothing to lose and everything to gain…..

We really appreciate you taking the time to report this bug, we will look into it ASAP.